Sailing gloves the way a pro wants them

Stefan Karlsson is working with international sales for Ericsson. It is a tough job where Stefan also put high demands on himself with a will to continously improve himself. After work the exact same principles applies for him when it comes to sailing, a sport he has practiced his whole life since he was 6 years old. Today Stefan competes in Laser class sailboat and works out almost every day.

Stefan and many others have a problem. They feel that the current gloves for sailing are not meeting their expectations. They are expensive but sub-standard and always break, sometimes after only 2 days. If a glove is not up to the standard when sailing it is a stress factor according to him. Sailing gloves should be durable and you must be able to trust in their durability. That's why Stefan contacted Soft Touch to see if anything could be done about his situation.

Stefan described his problems to Soft Touch and also displayed examples of gloves to show the failings and faults that he experienced. Soft Touch analyzed these and exchanged ideas with Stefan how best to improve the gloves to meet the high demands from competitive sailors.

- When sailing, the gloves are exposed to extreme conditions. They are exposed to salt water, but must function equally well in both wet and dry conditions. The area where the lines come in to contact with the hand is extra critical where durability is important, but the tactile sensitivity to be able to feel the wind is the most crucial, says Stefan.

- The most successful cooperations take place when there is a meaningful dialogue between the developer and the user. Soft Touch has really listened and created a prototype that I tested during the Swedish Laser National Championship this year, he continues. The reinforcements that Soft Touch developed for the gloves were fantastic, being durable while maintaining dexterity. I have given some feedback on details that can be improved even further since there is a difference on how we use the gloves depending on if we sail smaller dinghies or larger sailingboats.

Stefan competes in the class 55-64 years old which is the most competitive within sailing.

- In this class, there are only dedicated sailors left, the ones that kept their passion for sailing alive for so long they can be considered the most experienced within the sport. Many of them have competed even in the Olympics, says Stefan.

Stefan was very successful in the Swedish and won in his class and became fifth in the total cup final results. Now he is preparing to represent Sweden in the World Championship that is taking place in Port Zélande in the Netherlands on the 7th of September. This is also the next phase of testing with a new and improved glove prototype. 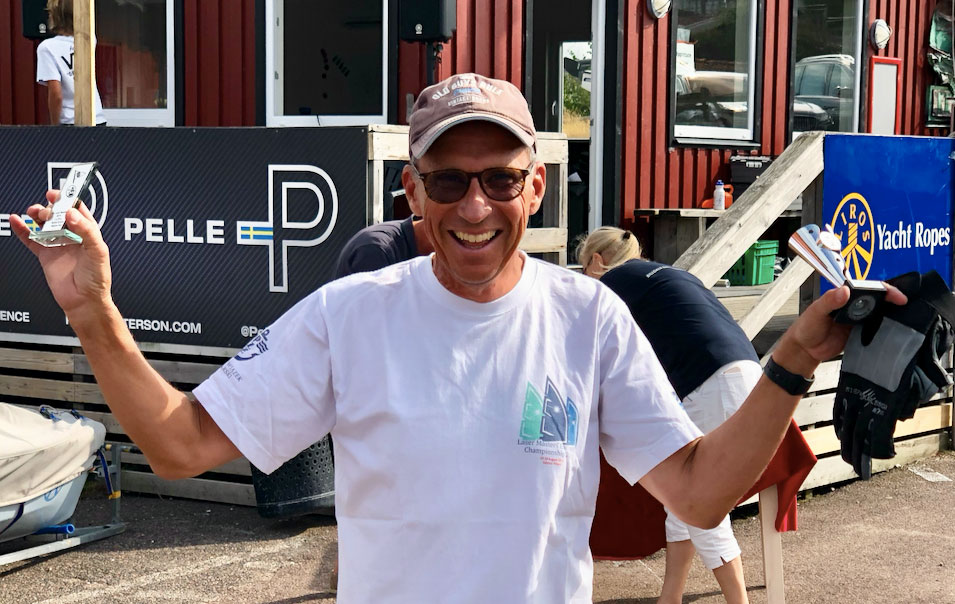 - I'm excited and am really looking forward to this, especially since the whole Swedish national team will be given the opportunity to test the new gloves, concludes Stefan.

Soft Touch is thrilled following Stefan and his successes and wish him the best of luck in the upcoming championships.

If you have any questions about our products or our brands, please don't hesitate to contact us via e-mail: Contact information or social media: Facebook and LinkedIn.