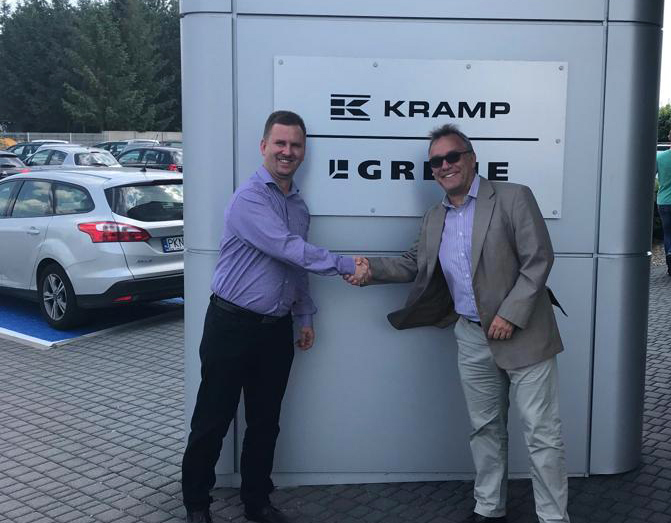 - “Kramp will be an excellent partner for us to work with since our methods are similar to each other”, says Michael Cederkvist, CEO at Soft Touch AB. “We understand each other and have established a relationship where we both know what is needed to ensure that both parties gains from the business.”

Kramp's ambition is to be a one-stop supplier of spare parts, technical services and business solutions in Europe. Gloves have been part of the range of products since before, but now a big effort is being  made on making the range complete.

The first launch will include twelve models from the Soft Touch range of gloves and fourteen new models specially made for Kramp.

- “It's always enjoyable to work with people with visions to develop further in an area where we have so much knowledge”, says Cederkvist. “We know gloves and when we meet people with new ideas that want us to help them develop their own range their confidence in us is much appreciated.”

The whole range will be under Kramp's own brand via Soft Touch concept "Private Brand" where appearance modifications of original gloves are possible.

- ”The collaboration has been very smooth where both parties have been perceptive and  accomodating”, says Krystian Szambelan, Product Group Manager at Kramp. “Soft Touch has understood what we want and developed what we have been asking for. I am confident that this relationship is valuable and important for the future.”

The new range of gloves will be launched during the end of 2018 in all stores around Europe.

KRAMP is a strategic partner for agricultural, landscaping and forestry companies, as well as for the earth-moving industry sector and OEM companies. Entrepreneurship, Customer first, Engaged and Together are Kramp's values describing working methods as well as the attitude towards their own products. People are their priority for both purchasing and sales. This ensures a close relationship with customers in all of the countries in which they operate.

Soft Touch was founded in 1913 and has traditionally always been strong in commerce with the far east. Since the seventies the company has been working with gloves ultimately gaining a huge success. Today Soft Touch is a leading brand for all types of gloves and the range is constantly increased with new models following the steps of the company product development. Soft Touch also practice the concept "Private Brand" which makes the company a one-stop supplier for almost any kind of glove, uniquely developed based on the customer's needs.